April 29, 2010. We drove 45 minutes from Yokohama to play our first show at MoonStep club in Tokyo. I found this display of tires at a gas station on the way, the photo on top, Leonardo DiCaprio for Bridgestone Tires.

In Japan, they drive on the right, it’s in reverse. I’m glad I’m not driving. 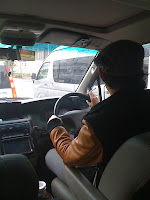 At soundcheck I checked out my amp for tour, a Marshall JCM 900. Me like. We checked early, at 2:30, doors were at 5. All the shows here are earlier than shows in the US. The clubs are small, about 300 capacity. 5 Bands on each bill, Gorevette headlines at 8 or 9 each night. 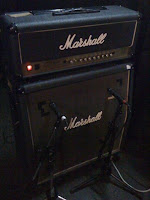 After soundcheck, we had pizza and cokes at a restaurant next to the club and walked around. The pizza was good, actually, and authentic. Right at doors the club filled up. Nikki, Lianna and I stayed in the dressing room upstairs. 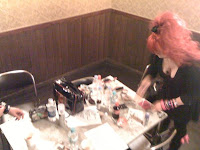 Nikki tried to use the w/c outside the dressing room and was assaulted by fans. The club filled up so fast and fans came upstairs to wait outside to see her! She couldn’t leave the room. Girls dressed like her and brought presents, they squealed with delight upon seeing the one and only Queen of Power Pop, Nikki Corvette.

Then, we play. The show flew by. We had two encores planned for this tour, and even though Nikki told us to cut out after a certain point, we couldn’t leave the stage. They go crazy for the Corvettes songs and the Buzzcocks cover. And Search & Destroy in the encore. I’ve not seen people this excited about Rock N Roll in a long time … or ever. 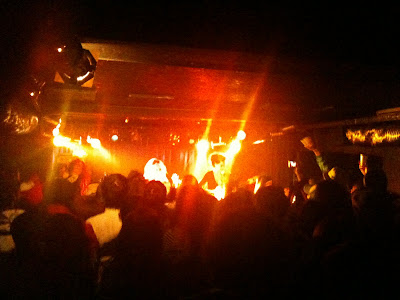 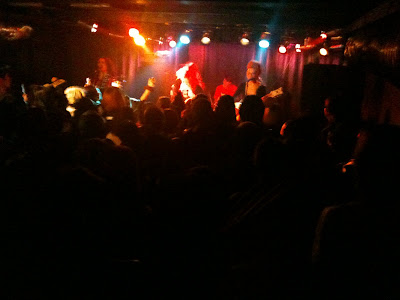 After we played, Nikki’s fans wouldn’t leave her alone. She stayed by the Gorevette merchandise signing and talking to people until the line of fans went away… it took awhile. 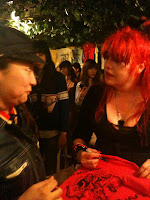 I stayed in the dressing room until someone told me a girl was waiting to see me … this adorable gal Makiko brought the first Gore Gore Girls album for me to sign! 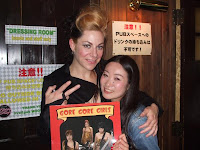 Lianna and Al relax after the first show by the Gorevette Japanese shirts and stuff for sale. Dig the superfan in the Japanese satin jacket! 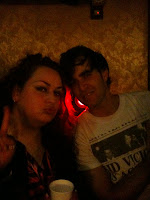 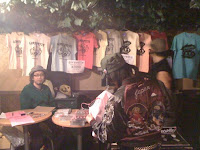 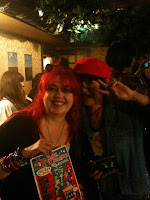 We drove back to Yokohama exhausted and excited, I was totally wiped out. Tomorrow is day 3, on to Osaka and past Mt. Fuji … !!

« JAPAN Day 2: Gorevette Goes to the Zoo
Japan Day 3: The Truth About Osaka »